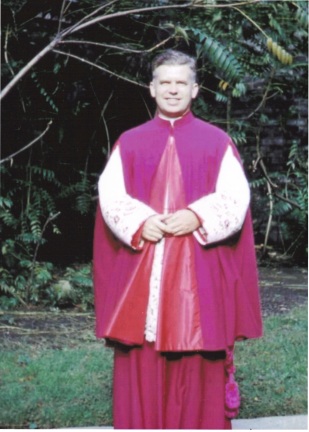 After twenty years in Marriage Court work I asked for permission to become a pastor and was assigned to St. John’s parish, where I had two curates (assistant priests). On Saturdays I continued to work at the Marriage Tribunal.

While I was pastor at St. John’s I maintained the Communion Rails and Pulpit.  The Chancery Office issued an edict requiring them to be removed, so I went down to the Chancery and got permission not to remove them. The majority of parishioners wanted to keep the Altar Rails. I also maintained the Central Tabernacle. When I left the parish seven years later and became pastor of Holy Martyrs of Japan in Bradford, I was disappointed to find out that the new pastor at St. John’s took out the Altar Rails and the Pulpit. Receiving Holy Communion on the tongue and kneeling down at Altar Rails shows reverence.