Arians of the 20th Century. By Monsignor Vincent Foy

Arians of the 20th Century

Arianism, the fourth century heresy which nearly destroyed the Church, denied the divinity of Christ. This heresy, in subtler forms and in many guises, was widespread in the last century and persists today. At the request of Larry Henderson I wrote this article for Challenge magazine in 1990. Space limitations required the deletion of a part of it. It was reprinted in the January-February 1992 issue of the English periodical “The Keys of Peter”.  Here is the full text. 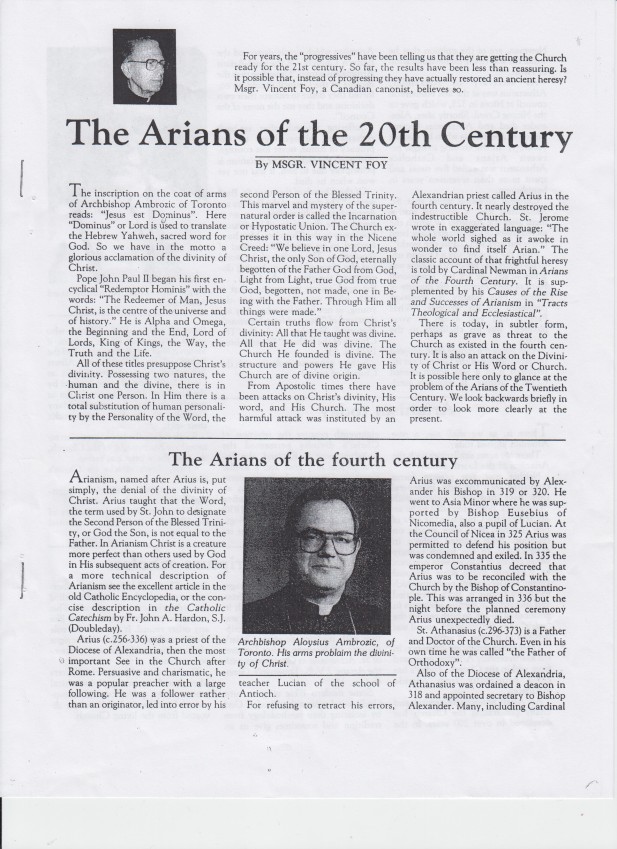 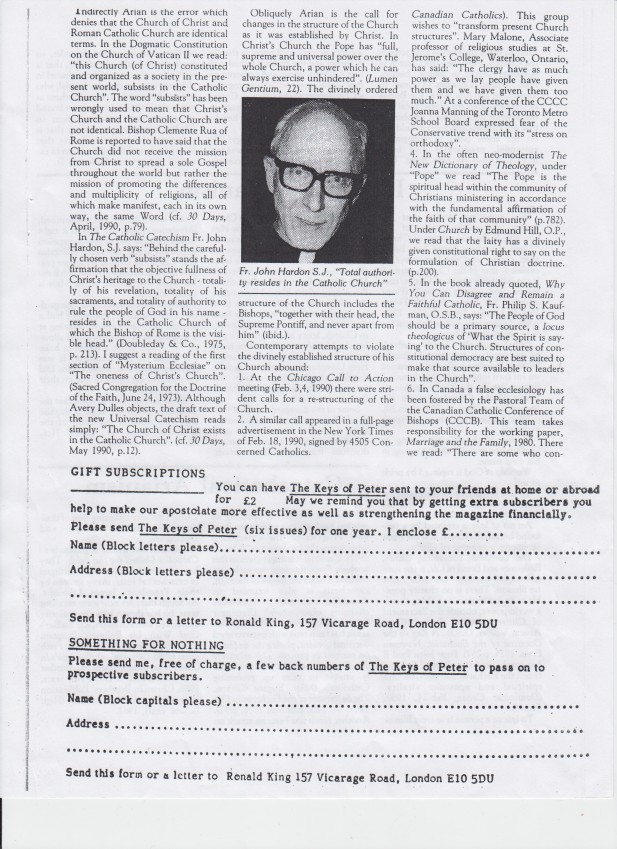