Letter launching campaign to stop Communion in the hand, November 10, 1972

This is an addition to a commentary (See An Attempt to Prevent Communion in the Hand, July 2 1970, with Foreword written January 2014.) I sent to the American Bishops in 1970.   In 1970,  after tracing the illicit and licit introduction of this practice in Canada, seven tentative conclusions were suggested by the author.  In my opinion none of these tentative conclusions have lost their validity.  In truth, they have been further validated in many ways. 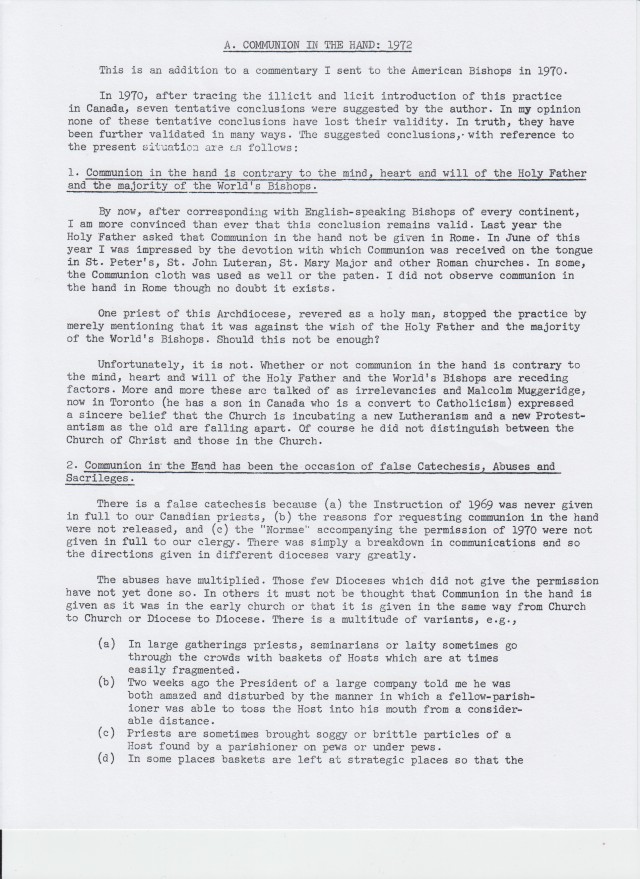 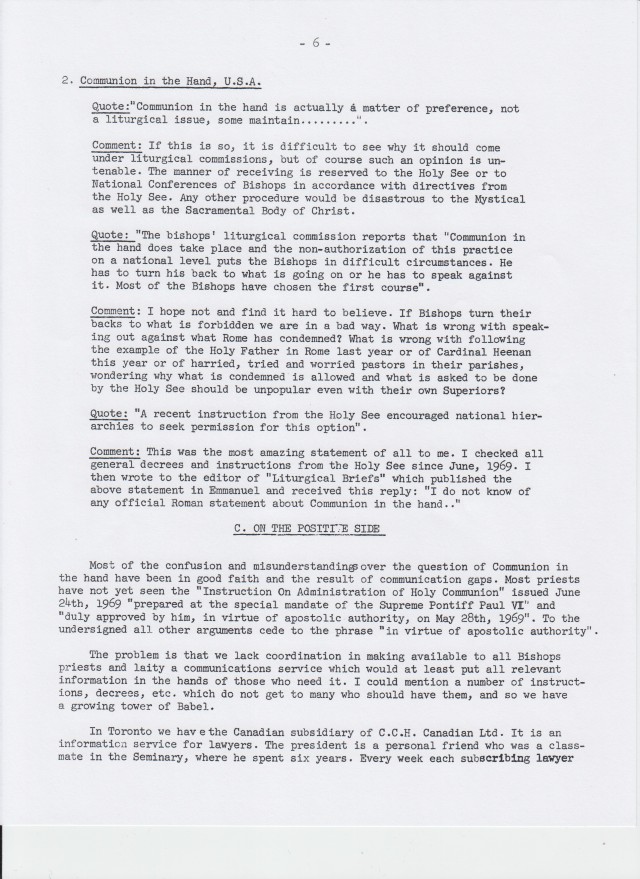 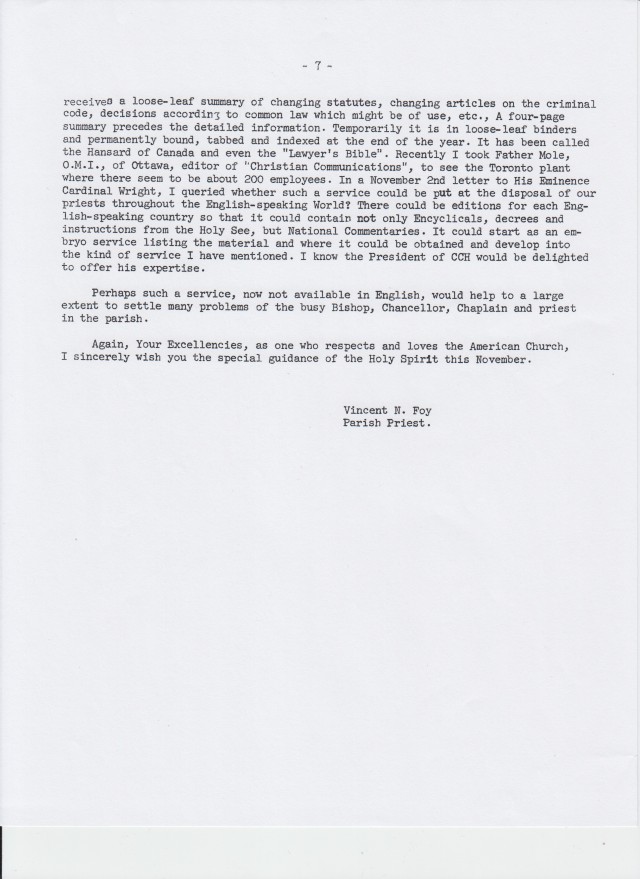 Letter launching campaign to stop Communion in the hand, November 10, 1972

This entry was posted in LITURGY and tagged Canadian Bishops, communion in the hand. Bookmark the permalink.
Loading Comments...